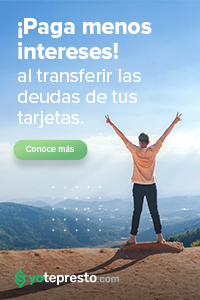 History tells us that Jesse James died in 1882, shot by a former friend, Bob Ford.  Yet many believe that James faked his death, and lived for years under the name J. Frank Dalton.

Jesse James reportedly belonged to a secret society, The Knights of the Golden Circle.  Other members included Jefferson Davis, Bedford Forrest, and William Quantrill (leader of the Confederate guerilla outfit Quantrill's Raiders, with whom James rode).  Some believe the society was created by the notorious Albert Pike, the subject of many a Masonic conspiracy theory.

According to the book Jesse James Was One of His Names (written by Del Schrader, with Jesse James III), the American Civil War did not really end in 1865, but continued to be fought "underground" for 19 more years.  Its highly sophisticated spy network, operated by the Knights of the Golden Circle, continued for even longer and was involved in many subversive activities.  One of these was train robbery, a specialty of the James Gang, the purpose being to enrich the coffers of the Confederate underground.  As a Confederate agent, James was also involved in smuggling guns and ammunition to the Plains Indians, as well as providing training in guerilla tactics, for use against their common enemy, General George Armstrong Custer and the Union Army.

After General Robert E. Lee's surrender at Appomatox, a force of 2,000 Missouri cavalry and a full regiment of Confederate-led Red Bone Indians from East Texas, led by General J. O. Shelby journeyed to Mexico to join their ally, the Emperor Maximilian.  When they were later threatened by Mexican patriots under the leadership of Benito Juarez, an elite force led by William Quantrill and Jesse James was sent to rescue them.

While in Mexico, James was enlisted in an operation to smuggle Maximilian's treasure out of Mexico.  On their way north, the James force learned that Maximilian had "apparently" been executed by the Mexican patriots.  He and several others had been shot by firing squad, then loaded into carts and carried away for burial.  But the gravesite ceremony was infiltrated by Red Bone Indians, who noticed signs of life in Maximilian.  The Indians talked the Mexicans into allowing them to give him a separate burial.  Later he was nursed back to health and transported to East Texas.

According to Schrader, Maximilian changed his name to John Maxi and began living undercover in North America.  Jesse James traveled to Europe, found a double of Maximilian's wife, Charlotta, then smuggled the real Charlotta back to America, where she was reunited with her husband.  The man buried in Maximilian's grave in Vienna is a German seaman who died in a gunfight in Vera Cruz, Mexico.  "Switching bodies is a subterfuge as old as mankind," writes Schrader, "and the Golden Circle certainly had no monopoly on this practice."

For their assistance, Maximilian rewarded the Knights of the Golden Circle $12.5 million in gold, and Jesse James $5 million.

Jesse James was now a wealthy man, with enough power and influence to fake his own death--and, with the law hot on his trail, this was undoubtedly a wise move.

According to Bud Hardcastle (a Jesse James historian), the man who was killed and identified as James was Charlie Bigelow.   "Bigelow was robbing things and using Jesse's name, and that's one of the reasons they probably identified him as Jesse . . . and Bigelow was buried as Jesse James."

Supposedly, Mrs. Jesse James was in reality Mrs. Bigelow--a prostitute who had been bribed to identify the corpse as that of James.

Hardcastle states that others who identified the dead body in 1882 had ulterior motives as relatives or members of Quantrill's Raiders.  These men had all ridden with Jesse and taken an oath to protect each other. By identifying the body as Jesse James, they were setting Jesse free.

However, one member of the James gang, an illiterate black man by the name of John Trammell, left a coded message revealing the hoax.

Acording to Schrader, Trammell scratched some messages into some wet bricks.  One brick "contained an image of a Spanish dagger, the numerals 777, KGC [Knights of the Golden Circle] and JJ [Jesse James]. . . ."  The bricks, which were buried in St. Joseph Missouri, were discovered in 1966.

Jesse James began living under the name J. Frank Dalton.  (The name "Dalton" was his mother's maiden name.  The initial "J" stood for "Jesse," and "Frank" was his brother's name.)  As Chief of the Inner Sanctum of the Knights of the Golden Circle, James was one of the most powerful men in America.  Schrader writes, "The Knights had industrial as well as military spies on both sides of the Atlantic."

Among the activities of James/Dalton was the murder of John Wilkes Booth, another Confederate spy who did not die when history says he did.

After assassinating President Abraham Lincoln, Booth was smuggled by the Confederate underground to Texas, where he began living under the name John St. Helen.  In the 1870s he worked as a bartender in a saloon in Granbury, Texas, and began telling people about his past.  When the Knights of the Golden Circle found out, the decision was made to silence him.   Booth fled Granbury.

Jesse James, along with William "Wild Bill" Lincoln (a distant cousin of President Lincoln), tracked Booth to Enid, Oklahoma, where he had assumed the name David George.

In a sworn statement, "Wild Bill" Lincoln wrote:  "Our branch of the Lincoln family was never satisfied with what really happened to Booth, and I spent fourteen years of my life running down the true story.  Strangely enough, I learned it from Jesse W. james, head of the Confederate underground.  I was present at Booth's real death."

According to Lincoln, he and James crept into Booth's room and tricked him into drinking a glass of arsenic-laced lemonade.  The massive amount of arsenic consumed by Booth caused his body to mummify.  James arranged for the body to be exhibited on a national carnival tour.  The mummy's present whereabouts are unknown.

As "J. Frank Dalton," Jesse James turned his $5 million reward from Maximilian into an even greater fortune.  He invested in the Texas oil boom, and was also a backer of the Hughes Tool Company (founded by Howard Hughes' father).  He was also one of Henry Ford's early investors.

James/Dalton died at the age of 103 in Granbury, Texas.  Many people who had known the outlaw in life swore that Dalton was the real Jesse James.